Looking for information about GST on laptops? Look no further. In this article, we’ve covered everything from types to rates and HSN codes.

GST, or the Goods and Services Tax, is a unified indirect tax levied on an entire country at a fixed rate.

India implemented GST in July 2017 to replace all the other indirect taxes being levied on the customers, both at the central and state levels.

It was implemented with the main aim of eliminating the practice of double taxation, which was prevalent earlier.

Levied on everyone right from the manufacturer to the end consumer, GST works in such a way that the end customer has to pay tax on only the value addition from the previous stage. 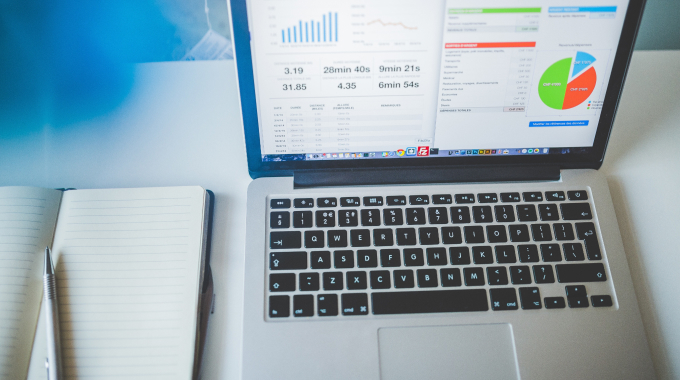 A laptop manufacturer purchases raw materials for, say, ₹ 10, which includes a 10% tax. This means they pay ₹ 1 in tax for materials worth ₹ 9.

The 10% tax on the gross value of the laptop will be ₹ 1.75, which the wholesaler can offset against the manufacturer’s tax on the original cost price (i.e., ₹ 15).

This example was just to show you how GST works. This article, though, focuses on the impact of GST on laptops specifically.

So these stats show that the laptop industry is all set to grow to around 7259 USD by 2026. This makes it clear how high the demand for laptops is in India.

In fact, according to a survey done by 91Mobiles in which people were asked their reasons for buying new laptops, around 50% of the people said: “for work”.

This shows us that laptops have been in demand through recent years, due to the change in the education system(for students) and the corporate system(for working professionals).

Now let’s see the types of GST levied on laptops.

Well, as the main aim of GST was to replace multiple taxes with one, there is only one rate with which it is levied on the entire country.

What differs, is how it is levied and what types of taxes are under GST.

On products like laptops, computers and other electronic accessories, three major types of GST are applicable. Let’s understand what this means for you as a buyer with the help of the types. 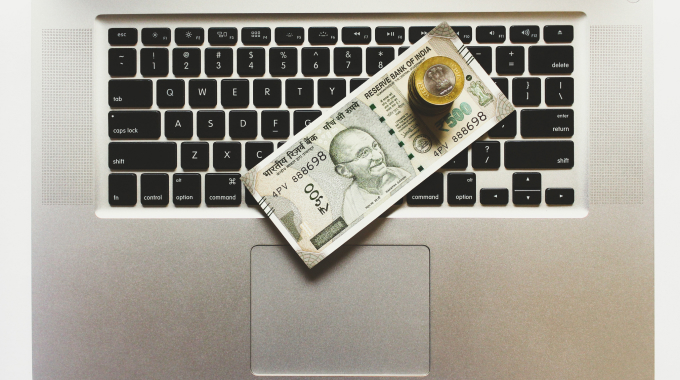 There is a flat rate of 18% GST on laptops and other electronic accessories as decided by the GST council.

This means that if you purchase a laptop from a local dealer, you will have to pay a tax of 9% to the central and state government each- which equals to 18% total tax.

And if you purchase it from another state, you’ll have to pay the 18% as the IGST.

Okay, now that we know the types and the rate of GST on laptops, let’s move on to figuring out the effect that GST has had on laptops.

Impact of GST on Laptops

To see the impact of GST on laptops, we will have to understand how it is calculated.

The GST Council determines the amount of goods and services tax to be levied.

The members make recommendations based on tax collection metrics, projections, market dynamics, and other information about a specific class of products.

A tax rate is set for a specific class of goods or services based on these recommendations. This is how GST on any product or service is determined.

To have a better understanding, let’s see how the prices were before GST was implemented and what is the difference now.

Note: These numbers are for representative purposes only. You can get an idea of how the taxes are calculated at each stage and if there is a difference at all.

This should make things clear enough on how the tax calculation differs with and without GST.

If these numbers confuse you too much, you can take the easy (and smarter) way out by using Dukaan’s GST calculator tool!

It is completely free and extremely easy to use. All you have to do is enter the cost of a product, select a GST rate (or enter your own), and you will be able to see the total cost of that product.

But that’s not all, there’s something called the HSN code which is applicable to goods universally, and it has a direct relation with GST.

Let’s see all about it now.

HSN Code on Laptop – What is it?

The Harmonized System of Nomenclature (HSN) code is used for the systematic categorization of products and services all over the world.

It’s a 6-digit code that is used to classify more than 5000 products and services, universally around the globe, and India has been using this since 1986.

It contains 21 sections which are divided into 99 chapters, which in turn include 1244 sections.

Having an HSN code is mandatory for B2B and B2C businesses to have on their tax invoices along with the GST number.

What is the HSN code for laptops?

Laptops, desktops and other such items are included in chapter 84 of the HSN code.

The chapter heading for these reads ‘8471 – Automatic Data Processing Machines and Units thereof; magnetic or optical readers, machines for transcribing data onto data in coded form and machines for processing such data, not elsewhere specified or included.’

How does an HSN code work?

Well, we know the codes for laptops and other devices commonly used by people now, but we still don’t know how the HSN code works.

Let’s take the example of the HSN code for a personal computer to understand what these numbers stand for.

In an HSN code, the first two digits, in this case, 84, represent the chapter under the HSN codes.

The next two digits (71) depict the headings under said chapters and the two digits after that(30) show the sub-headings.

This way the HSN code classifies thousands of products into clear categories and makes it easier for everyone to track the product details seamlessly.

How important is the HSN code?

Needless to say, the HSN code is extremely important for businesses.

Accepted in more than 200 countries, the HSN code classifies around 98% of the world stock trade along with products and services.

Through a systematic universal code, people get the following advantages:

HSN code makes it very easy for all the parties involved to track and set the rate of taxes on products universally, so GST implementation of GST becomes fairly easy with it.

There is a unique code for each individual product which ensures that there are no overlays, confusion or double taxation.

From a pure taxation point of view, GST simplifies a lot of things and helps taxpayers avoid paying double taxes.

In the case of laptops, there were multiple taxes like excise duty, VAT, central tax, etc. which have now been replaced with one GST.

The GST rate on laptops is 18% across the country, which means that no matter where you buy your laptop from, you’ll have to pay the same rate of tax on it.

We hope this article helped clear all your doubts regarding laptop GST rates, laptop HSN codes and GST calculations.

What is the GST rate on laptops in India?
The GST rate on laptops in India right now is a flat 18% across the country. Laptops along with desktops and other such products are all taxed 18% on the MRP.
How can I save GST on a PC / Laptop?
To save GST on a PC or laptop, you must buy it from a GST-registered vendor who will issue you a debit note or tax invoice. Then, under GST rules, you can file for input credits and save money on taxes.
Will computers be less expensive after GST?
Since GST is 18%, which is 3% to 4% higher than the previous VAT rate, these goods are projected to be more expensive now. However, GST rates are revised on a regular basis, and GST rates may be reduced in the future.
What is the input tax credit?
An input tax credit is a tax that a person already pays when they buy services or goods. It is deductible from the total amount of tax owed. As a business owner, suppose you buy a laptop for ₹ 1,000,000 and pay GST at 18%, which equals ₹ 20,000. As a result, during the course of your business, you sell goods worth ₹ 150,000, on which GST of ₹ 25,000 is collected. You can deduct ₹ 18,000 from your final tax liability to the government. As a result, your overall output liability is ₹ 9,000. (27,000 minus 18,000).
Start Your Online Store